Indian cricket squad has created history in Australia. Now, Indians all over the globe are encouraging and applauding the Indian cricketers in delight after their victory at Gabba. Australia placed a big target of 328 in front of India. India got through their stronghold and that too in style.

Many players showcased their 100% comprising Rishabh Pant who remained undefeated at 85. India galloped on excellent half centuries of Rishabh Pant, Cheteshwar Pujara, Shubman Gill, and locked one of their major wins.

We all know that Indians are big buffs of cricket as well as Bollywood, and somewhere down the line we always witness the two meet. As the country pulled off an astounding victory, net users on Twitter crammed the social media site with hilarious memes from the Hindi film industry. Indian team also bagged congratulatory messages from biggies too.

Google CEO Sundar Pichai commended India for “one of the greatest test series wins ever” in a tweet.

The quote should now be modified, thanks to #TeamIndia
“Don’t get mad, get on top..”
Jawaab ho to aisa! #IndiavsAustralia https://t.co/VtYBfu5N4H

On the other hand, Harsha Bhogle also greeted it as “the greatest test win”, whereas entrepreneur Anand Mahindra tweeted, “Jawaab ho to aisa”.

In the meantime, Babul Supriyo had some funny recommendation on how Australians could mend their game

On social media, the frame of mind was festive. The series win resulted into a comical meme festival as fans expressed their pleasure at the momentous victory using hashtags such as #TeamIndia and #IndiavsAus. Have a look at some of the best Bollywood memes on India’s win. 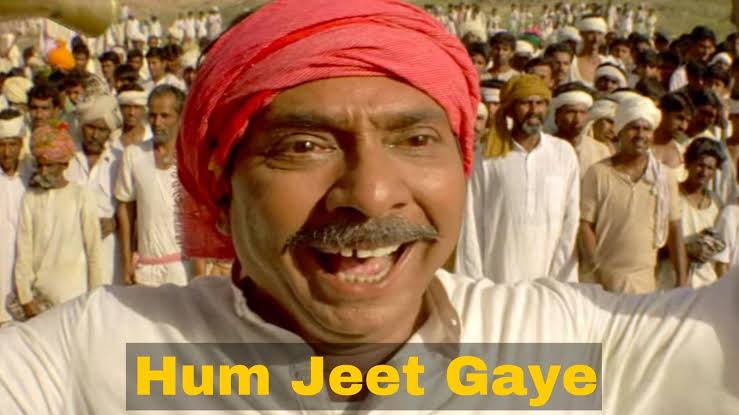 Indian skipper Virat Kohli came back to India after the first test. Virat and his wifey Anushka Sharma welcomed a baby girl on January 11

Sarandeep Singh Reveals Virat and Anushka Have No Servants At Home; The Couple Serve Food To Guests By Themselves...

Natasa & Hardik Pandya Love To Share Their Affectionate Moments With Their Fans Over Social Media...