Unseen Pic Of SRK-Gauri As She Flaunts Her Newbie Bride’s Look In Red Saree, Mangalsutra & Chooda

We all know that Shah Rukh Khan was a boy from Delhi, who came to Mumbai with dreams of ruling it one day and becoming its King. As Raj, the actor taught us to never let go of the one we love. As Rahul, the actor showed us that someone somewhere is made for us. As Aman, Shah Rukh made us believe that love is stronger than we think and it will remain with us even after the person is gone. 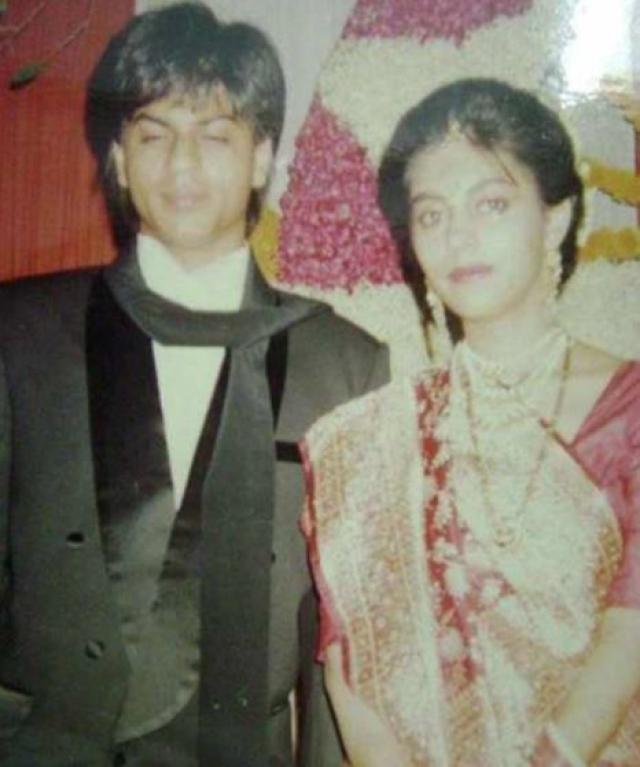 Way before that the King of Romance had already given his heart to his Queen, Gauri Khan. Shah Rukh Khan has made us believe that love triumphs all with his journey of love with Gauri. Gauri Khan has left Shah Rukh for his possessiveness, and her family also opposed their inter-religion relationship. Their wedding was not that easy, and the couple tied the knot on 25th October 1991 as per Hindu rituals. Both of them had three marriages. First, they had registered their marriage, which was followed by nikaah on August 26, 1991, and finally, a Hindu ritual-based wedding ceremony was held on October 25, 1991.

Both of them have shared a lot of pictures that give us serious couple goals. Recently, there was a picture from the post-wedding function of Shah Rukh Khan and Gauri Khan in which she was seen flaunting her newbie bride’s look in a red-colored saree, along with mangalsutra and chooda. Shah Rukh Khan was wearing a black tuxedo, and this picture was indeed a treat for the fans. 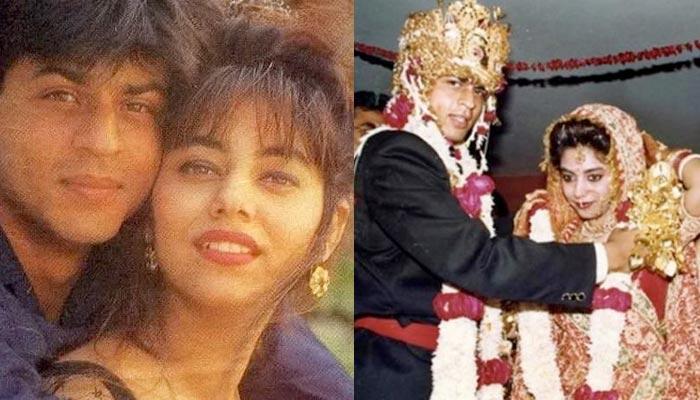 Gauri Khan trusts that there are only positives in being the companion of megastar, Shah Rukh Khan. At the launch of a book named Gravittus Ratna, Gauri had talked with the media people and was questioned about the pluses and minuses that she experiences in her professional career being King Khan’s companion.

She responded, “I think because of who he is, there are a lot of positives. I only take the positives and I don’t take the negatives. Even if there are some negatives, I have to brush it aside and the reason is very simple because he helped me while launching Gauri Khan Designs, so, he is very important to me. Jokes apart, he has done a lot for our family. He is a great father and husband. I have to say that there are only positives being his wife and I would not like to share anything negative.”