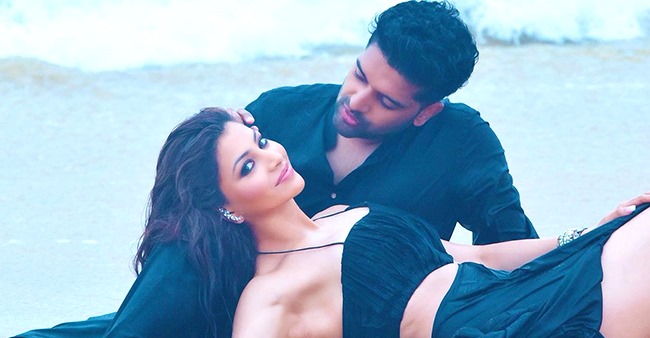 In the day and age of remakes and rap songs, it is very difficult to find songs with soulful lyrics and melodious music. Not many songs these days fall into this category but the recently released Doob Gaye is proving to be an exception. Urvashi Rautela and Guru Randhawa’s fans have been eagerly waiting for the song and it is at par with their expectations.

A few hours after its release, the song has been trending on social media. The netizens are making reels and are sharing them. Speaking of the Doob Gaye song music video, it opens with boyfriend and girlfriend played by Guru Randhawa and Urvashi Rautela respectively. They are talking about their relationship and what if they had to part ways someday.

At the moment in the song, the boyfriend-girlfriend duo is madly in love with each other. The video shows that Urvashi comes from an affluent family while her boyfriend played by Guru Randhawa isn’t the same as he works as a waiter in a café.

He being a waiter doesn’t bother Urvashi because love has blinded her. However, they have to part ways. The song Doob Gaye is about whether or not their love story will reach its happily after or not.

The masses are enjoying the sizzling chemistry between Guru Randhawa and Urvashi Rautela. The song has been directed by renowned choreographer Remo D’Souza. Guru has crooned the song with his soulful voice and Jaani has written the mesmerizing lyrics. The ace music composer, B Praak has composed the music for the trending song.

It seems like soon this song will be on the playlist of every music lover. It will find its place in the playlist titled love or romantic songs.

The happy fans are willing to see Urvashi Rautela and Guru Randhawa work together more often and give such beautiful music videos.

Published by siddhi ajgoankar on 30 Apr 2021