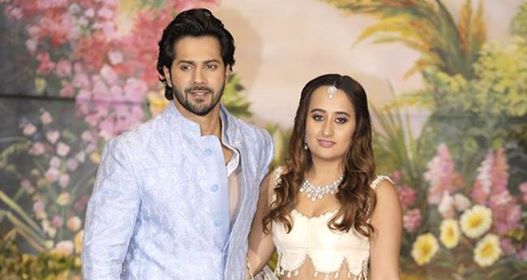 Natasha Dalal is a designer. The couple made an entry at the venue and soon everyone was looking at them. This is  the first time that Varun came with his girlfriend Natasha together in front of the cameras which was a very big event indeed. Both of them were dressed nicely. Varun wore a kurta-pyjama with a jacket while Natasha picked a light cream lehenga, which she paired with a maangtika. They appeared before the cameras before making their way to the party.

Have a look at the picture of Varun Dhawan and Natasha Dalal’s picture and see what they were wearing: 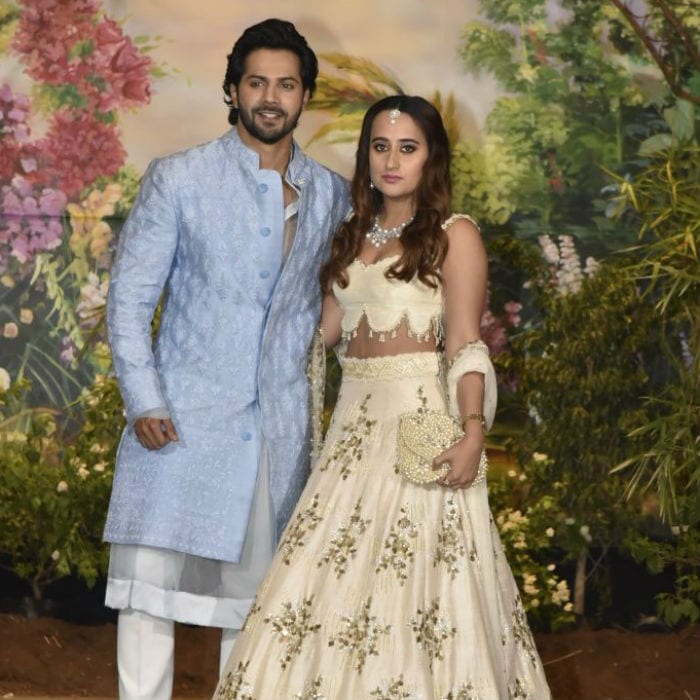 This is one of the reasons why this couple is trending and the other reason had Varun uploaded an Instagram story, featuring Natasha.

Have a look at the picture: 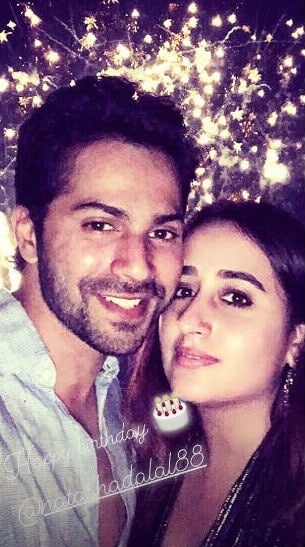 Their appearance has surely triggered rumours of a romance just like that of Alia Bhatt and Ranbir Kapoor, who attended the reception together.

Varun Dhawan told a leading newspaper when asked about getting married this year, “Honestly, I would love to do that, but I don’t know how my parents would react to it. Being Punjabis, they would want to do it the traditional way. The next step is something every individual wants to take at some point, but right now, it’s not on the agenda.”

IT’s OFFICIAL- @katrinakaif and me are hitting the dance floor and your screens on 8th nov 2019. A lot more exciting news coming up. Back with my favourite @remodsouza for his third dance flick. Remo sir , me and Lizelle have been trying since Abcd2 to bring to u guys the biggest dance film and finally we have an amazing partner and producer #bhushankumar @tseries.official to back us and so proud of @lizelle2474 whose turning producer on this 3D extravaganza. 📷 @asimfarooki

Varun Dhawan was last seen in October. He now has Sui Dhaaga with Anushka Sharma and a dance with Katrina Kaif in the line-up.