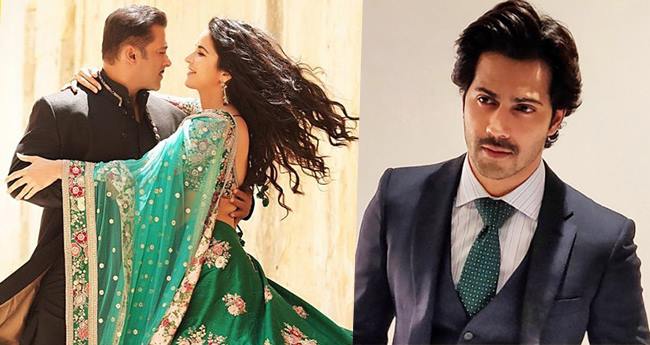 Once again Katrina Kaif and Salman Khan are going to rule our hearts with the upcoming venture Bharat. The duo who was last seen in 2017’s blockbuster Tiger Zinda Hai, already completed two shooting schedule, mostly in Malta and now the third schedule is lined up in Abu Dhabi and the team of Bharat reached there. This film also stars Disha Patani, Sunil Grover and Tabu in pivotal roles. Based on a South Korean film, ‘An Ode to My Father,’ Salman Khan will carry 5 different looks spanning from the age of 18 to 70.

Directed by Ali Abbas Zafar, Bharat has been making headlines since its inception be it Salman’s different looks, Priyanka’s walking out of the film or Katrina’s jumping in the movie like a saviour or Disha’s hardcore stunts’ training. With all these talks, we are believing next blockbuster from Ali, Salman and Katrina.

‪Swachh Bharat toh hum fit… hum fit toh India fit…. then u can do whatever u want to do man.. but don't trouble your motherland . ‬

Now, the news is coming from a source of a leading daily that Varun Dhawan is going to have a cameo in Bharat which left everyone more excited.

However, it hasn’t been clear whether Varun will be a part of a song or will play a role in the film. B’town knows, Varun and Salman share a great rapport as Varun’s dad and director helmed many movies of Salman. During the promotions of Judwaa 2, Salman Khan supported Varun Dhawan. and made an appearance in one of the songs in the film. Varun Dhawan and Katrina Kaif are also teaming up for Remo D’Souza’s dance film. Soon they will start shooting for the same.

Bharat is slated for the release of Eid 2019.

Earlier, Priyanka and Salman were going to reunite but it didn’t happen as she left the movie due to her engagement with Nick Jonas.

Talking about Varun, the actor’s movie Sui Dhaaga alongside Anushka Sharma is ruling the box office with a kickstart 8.30 crore on the first day.