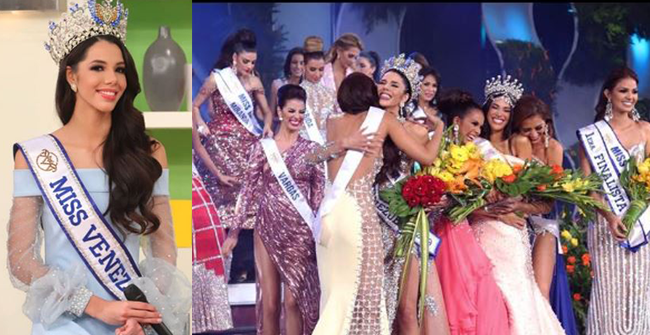 Most of the beauty pageants that are held across the world are facing criticism that they are publicly revealing the vital stats of the contestants such as their height, weight, waist length etc. A lot of women across the globe feel humiliated when their body image and vital stats are publicly revealed, as it really hurts their self-esteem. Even if they contest for the best beauty title, they do not enjoy revealing their vital stats publicly. In a bid to stop such stereotype against the women, the Miss Venezuela pageant has decided that it will no longer publish the wait, hip and bust measurement of the contestant as a part of the contest.

The move came after a lot of contestants complained about body image obsession during various pageants.

Gabriela Isler, who is the pageant’s spokeswoman and also the 2013 Miss Universe, said that a women’s beauty is not measured by whether it is 90, 60, 90 and rather, it is measured by the talent of each contestants. Traditionally the vital statistics of a contestant is publicized in a normal way and a 90-centimeter (36- inch) bust, 60-centimeter waist and 90-centimeter hips are considered ideal.

Even though the contestants paraded on the stage in their swimsuits and evening gowns, the organizers took the firm step of not revealing their measurements in a bid to fight stereotypes.  The organizers hope that the new move will promote a much positive image and also tackle idealistic stereotypes on the concept of what a women’s body should look like.

Miss Venezuela Pageant is one of the most popular and prestigious beauty pageants in the world, and has so far produced Miss Universe winners and six Miss World champions.

A 19 year old student Thalia Olvino was crowned Miss Venezuela this year and the winner said that determination, excellence and initiative are her main qualities.