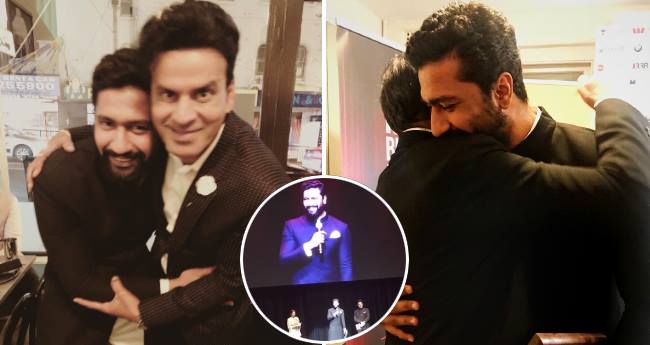 Vicky Kaushal impressed everyone with his debut movie Masaan and never looked back since then. He has set himself as the most wanted actor in the film industry with his movies like Raazi and Sanju. While in Sanju Kaushal played Kamli aka Kamlesh Sanjay Dutt’s best friend which has crossed 500 crores at the box office and became an all-time blockbuster. Kaushal rose to fame with this and recognized for his acting skills even better than Ranbir Kapoor who played exceptionally well Sanjay Dutt’s role in his biopic. Also, after the immense success of Rajkumar Hirani’s Sanju, biopics are in trend now which every filmmaker wants to direct.

Now, Vicky Kaushal is all set for his upcoming movie which is Anurag Kashyap’s Manmarziyaan alongside Abhishek Bachchan and Taapsee Pannu. The movie will showcase a love triangle between Taapse, Abhishek, and Vicky.

Not only this, winning the heart of many in the B’town he has also grabbed Karan Johar’s multi-starer movie Takht which is periodical drama.

Happy Birthday @karanjohar ! What an honour and delight its been to know you and to have worked with you. A master director and a gem of a human being who’s always full of love and affection towards people around. May you always continue to be “The life of the party” 😉🙌🏽 Stay blessed! PC: #onset #LustStories

Recently, at the Indian Film Festival Melbourne 2018, Vicky Kaushal received an award for the supporting actor in Sanju. Vicky seemed very much excited for receiving the award from Manoj Bajpayee, who won the best actor award.

He also Tweeted, “I was an AD giving claps for scenes in GoW. Today, receiving an award along with @BajpayeeManoj Sir on the same platform of @IFFMelb ,this journey has only been possible because I got to observe & learn from fine actors like him. Thank You Sardar Khan! 🙏”.

I was an AD giving claps for scenes in GoW. Today, receiving an award along with @BajpayeeManoj Sir on the same platform of @IFFMelb ,this journey has only been possible because I got to observe & learn from fine actors like him. Thank You Sardar Khan! 🙏 pic.twitter.com/tv13LYxLvQ

Vicky witnessed the most happening moment when he came on the stage and thanked everyone for the award where audiences started shouting demanding a dialogue delivery from the Movie Sanju. Looking all dapper in a traditional outfit, Vicky gushed and left blushing. He then delivered the dialogue and here’s the video:

All in all, we love Kamli aka Vicky Kaushal who soon will rule the B’town.