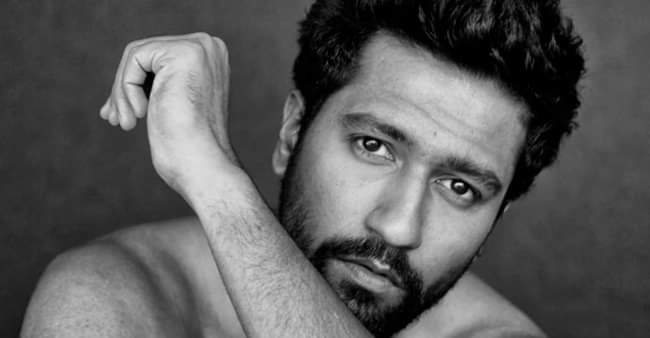 In an interview with Laughing Colours, actor Vicky Kaushal shares some secrets on his relationship with bhoots and spirits! Read on for deets

“I haven’t faced any such incident that has made me believe in ghosts but if someone narrates an incident that has happened to him, I do trust them. I listen to the story, believe in it and then I also get scared and sleep with him.There was this one time that I saw a shadow passing but that could have been a hallucination.”

An Eerie Incident While Shooting For Bhoot

“Once during the shoot a 3 feet ladder almost fell on us but it stopped midway about 3 inches away from hitting us and left us all in shock. We felt that maybe there is some spirit on the set that we might be disturbing. We would start our shoot every day with a prayer and then would joke saying “hum aap ke upar hi biopic bana rahe hai please shanti se banane dijiye!” ( Laughs)

Difficulties Of Shooting For A Horror Film

It was very tricky to shoot Bhoot,one because you don’t have co-actors to keep the scene alive, improvise and keep the thrill alive. But in Bhoot I was alone on the ship and we had to shoot those haunted moments, there is no one around and I have to react as if I have seen a ghost and then I have to pretend that it is all dark in there and I can’t see but in reality, the set is actually well lit etc. So this film was difficult and you also need a lot of discipline on set to make a horror film.

Why Bhoot Will Not Scare Vicky Kaushal

I would like to believe that Bhoot is very scary but this is one horror film I might not get scared of because I know the scare points since I have acted in the film! But I would want everyone to watch it and get scared together!

Why Vicky Kaushal Never Tries To Scare His Friends And Family

I have never had the guts to scare the daylights out of anyone because I think if I do plan to scare someone, I’d probably be more scared myself! It’s a different thing to go to a haunted house in real life but when you are doing a film it is different, aap ko pata hota hai ki jaise hi cut hojayega aap bhoot ke saath chai peene wale ho!

Raat is one of my favourite Indian horror films. I was in school when the film was released, and I was so scared of those eyes that they show in the film.

I had a very bad fear of water, I had water phobia but some of it has gone now after shooting underwater for Bhoot. But I still have not gathered the courage to swim in the deep seas, I would like to get over that fear too someday.

We hope Vicky does succeed in getting over his fears, in the mean time he is all set to spread fear with his upcoming horror film Bhoot!

More Details About The Indian Michael Jackson Who Hrithik Roshan Is Searching For...

No Aditya Narayan and Neha Kakkar are NOT getting married and we have confirmed news!...