Video: Sidharth and Katrina Are Preparing For Indian Avengers And We Are Loving It 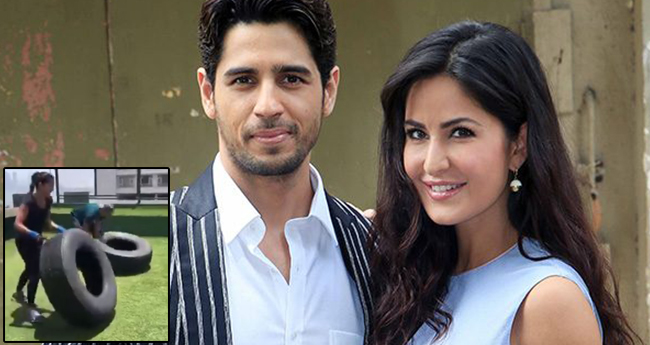 The entire world knows Katrina Kaif is the fitness freak and she never missed a chance to hit the gym, no matter where she is. Like, Katrina, there is another actor in the industry who is very popular for physics.

Sidharth Malhotra, the strongest actor we have in the film industry, he never compromises with anything. From strict diest chat to sweating it out in the gym every single day, he does everything to look fit and fine.

Recently, Sidharth along with Katrina Kaif is doing a tire-based exercise. And, it seems they both are having a good time while doing this heavy workout. Yesterday, Student of the Year actor shared a video on the of him with his Baar Baar Dekho co-star Kat and wrote, “Prepping for the Indian #Avengers #KatrinaKaif #AdityaRoyKapoor”

While, filmmaker Karan Johar replied to Sid’s tweet and said, “I also want to come to this gym!!!”

I also want to come to this gym!!! https://t.co/gnmo1uUSQi

On the professional front, we have seen Sidharth last in Neeraj Pandey’s Aiyaary. And, soon the actor will start shooting of the biopic of Captain Vikram Batra.

While, Katrina has so many projects in her kitty, from Aanand L Rai’s Zero alongside Shah Rukh Khan to Abhishek Varman’s Kalank alongside Varun Dhawan, Alia Bhatt, Sanjay Dutt, Madhuri Dixit and Sonakshi Sinha.