Video: Katrina Kaif Is Working Hard On A New Song Of Her Upcoming ‘Thugs Of Hindostan’ 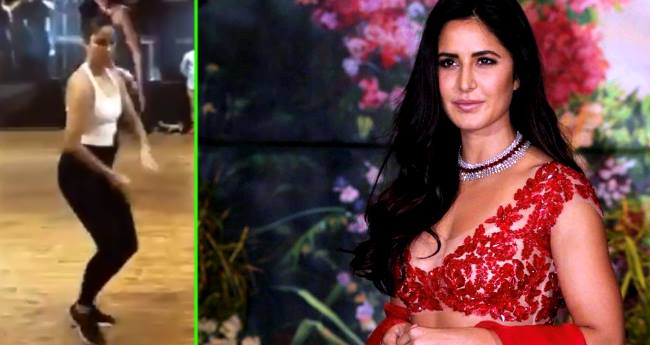 Katrina Kaif, the most glamorous actress of B-town known for her hard work that helps her to reach the height of success. Whether it’s her workout or perfection for the dance she works for the moon and back.

Meanwhile, Katrina Kaif along with Aamir Khan will be seen in Thugs of Hindostan and for the new song of the film, she is practicing in Yash Raj Films’ studio in Mumbai.

Katrina is practicing at Yash Raj Films, here have a look at the video:

When the leading daily asked her to be tagged as the glamorous actress in the industry, “I’ve never agreed with tags anyway, and I disagree hugely with that tag [of being a glamorous heroine]. We don’t need to be carbon copies of each other. You don’t need to be slotted into a category just because certain colleagues of yours have done a particular kind of films while you haven’t. We should be working in spaces where we are comfortable. Also, at different times, there are phases in life when people do distinct things. There will be a phase when I will do something different, and all of a sudden, people will comment on that, as they would feel it’s a departure from the kind of roles I had done earlier.”

On the professional front, she will see in Aanand L Rai’s Zero alongside Shah Rukh Khan and Anushka Sharma. However, Kat was last featured in Tiger Zinda Hai opposite Salman Khan.