A video of a Mumbai dosa seller’s unusual way of serving up the South Indian dish has received a staggering 84 million views on Facebook. At Shree Balaji Dosa in South Mumbai’s Mangaldas Market, dosas are sent flying straight to the plate from the skillet. 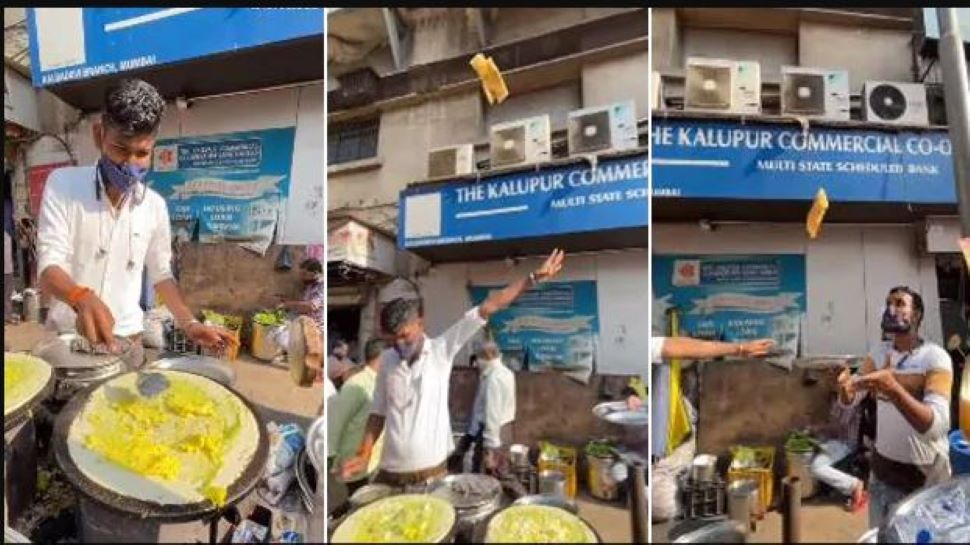 A video shared by a Facebook page called ‘Street Food Recipes’ shows a dosa seller expertly preparing dosas and flipping them high into the air such that they land right onto a waiting plate.

The stunt is carried out with apparent ease and chances are it will make your jaw drop open in surprise. “Serving like a boss,” wrote the Facebook page which shared the video online. Since being posted on Facebook last week, the video has racked up a whopping 84.4 million views and more than 1.3 million ‘likes’, along with thousands of impressed comments.

“Amazing guy – throwing dosa in the air for serving to customers,” wrote one Facebook user in the comments section. “He’s serving food artistically,” another wrote. However, many also criticized the dosa seller, saying that throwing dosas into the air showed disrespect towards food. Some also said that the technique looked “unsanitary”.

“What is the purpose of throwing the dosa in the air. It really doesn’t make any sense,” a viewer remarked.”Playing with food… bad marketing stunt,” another said.

“Unique way to serve. This shows great talent but don’t do this as it is Annapurna. Show talent in other deeds”, said another user.

“Crazy. Throwing the food that too masala dosa will lose its shape. There is a limit for everything”, said a viewer.

“It’s a great tribute to the MALIK of this street food joint, very low price for a very tasty masala dosa” wrote one user who apparently has been a customer.

“What is the sense in throwing food ? Just to attract people ?Attract customers by Quality not by throwing Food like this,” remarked another.