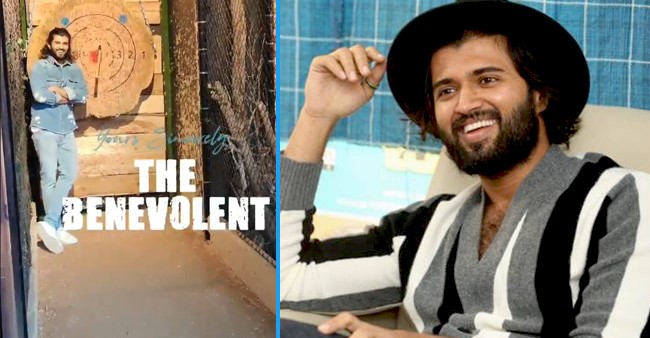 Arjun Reddy star Vijay Deverakonda enjoys a huge fan following on social media. He shares his stylish pictures on social media, which is liked very much by his eager fans. Not only Arjun Reddy, but Vijay is also known for his acting skills and dashing screen appearance in Telugu films like Geetha Govindam, Dear Comrade, Taxiwala, NOTA among many others. Besides, he is a producer too.

Currently, the actor is spending his leisure time in Europe, which is his happy escape from hectic work schedules. As Vijay is quite active on social media, he has naturally shared glimpses of his gala time from the trip. He has taken to his Twitter handle and posted a video of himself while he was enjoying a dart game. The actor is seen hitting the bullseye and the way he unleashes his inner swag made fans go gaga over him once again. The actor looks handsome and stylish as always with his long hair and beard.

On the professional front, Vijay is all set to step into Bollywood. The name of the film is Fighter and he will be seen with Ananya Panday in the movie.

The actor recently hit the headlines when he expressed his opinions on voting and politics. A deleted clip of an interview given by Vijay came out in which he was saying that he doesn’t think everyone should be allowed to vote. This comment created a raze on Twitter. There were debates on it and a portion of the netizens criticized Vijay for this remark. But the actor didn’t take this seriously and was stick to his standpoint that he has said nothing wrong.

Recently, he shared a pic with a note that can be read as, “Europe – my happy escape from the madness of work, escape from the abnormalcy of being an actor & most importantly my food heaven (sic),” with a heart emoji.