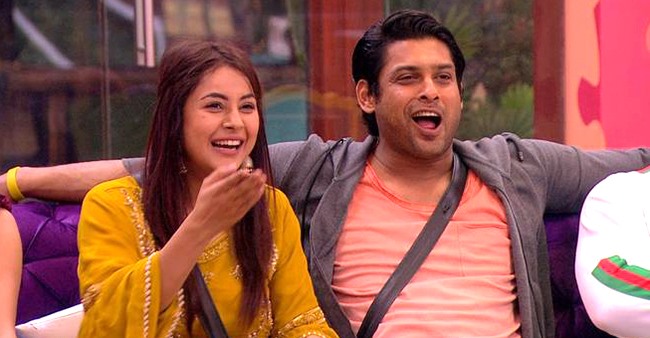 Bigg Boss 13 was a huge hit but a jodi that is still getting love from the viewers is none other than SidNaaz aka Sidharth Shukla and Shehnaaz Gill. The two stars met on the reality show and eventually, they became good friends and their cute relationship became the talk of the town. Even after BB13’s completion, the jodi is in huge demand.

Their cute equation cannot be expressed in words. Some are of the view that they’re in love, while other people said that they have a pure connection that does not necessarily need a name. In BB13, Sana expressed her love for Sidharth many times, but after BB13’s completion, she elucidated that it is not the romantic love she was discussing. The duo remain good friends, and accept in open that they are ‘best friends and will stay that way forever.’ The fans want to see them together not just in the reel world but also in the real world as they want them to get hitched.

This uplifted my mood immediately. At times like these whatever can make you smile should be shared. #siddharthshukla #shehnaazgill #sidhearts #sidnaazians #shefalibagga family and friends and #vikasgupta as #salmankhan I don’t know what will happen in times to come but I know seeing this made me happy #biggboss13 #family #quarantine

Recently, Vikas Guppta aka the mastermind of Bigg Boss posted a fan-made video of SidNaaz’s future marriage as ‘SidNaaz ki Shaadi.’ Vikas just loved Sidharth and Shehnaaz’s connection and has been praising them since their stint in BB 13. The video shared by Vikas is more special as it shares a connection with BB 13 host Salman Khan’s 1999 hit movie Hum Saath-Saath Hain. The video recording shows how SidNaaz marriage will look like by taking an idea from the blockbuster movie. The clip is cute as well as funny.

We believe in #SidNaaz
For the love of Sid-Sana, let's Ignore the Negativity spreading like venom on Twitter & spread Love n happiness 🧡

The best reply will get a RT from FC@Sidarth_shukIa@ishehnaaz_gill pic.twitter.com/yAHgbrb6zI

Along with the video, Vikas penned, ‘This is fanmade Sidnaaz wedding. This uplifted my mood immediately. At times like these whatever can make you smile should be shared. I don’t know what will happen in times to come but I know seeing this made me happy.’