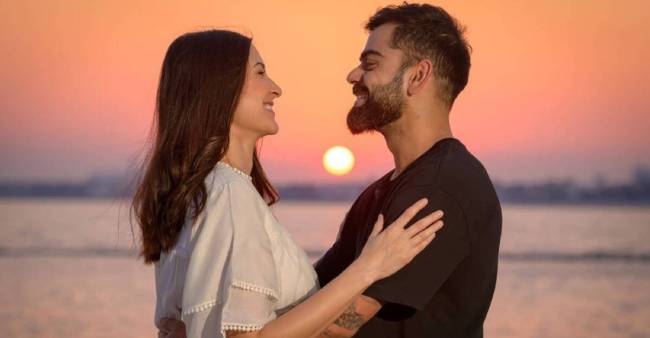 Anushka Sharma and Virat Kohli are the proud parents of Vamika, their gorgeous little girl. The parents continue to respect her privacy, although they frequently discuss how their lives have changed dramatically since Vamika’s arrival. Virat did not speak during a recent interview, instead expressing his emotions through a drawing.
Virat Kohli sat down for a pleasant talk with their team’s funny guy Mr Nags, played by Danish Sait, during the ongoing IPL. During the conversation, the Indian captain discussed a variety of topics. Virat was given a sketch pen and a drawing sheet near the end of the session and asked to draw what freedom means to him.
Virat got right to work without wasting any time. The cricketer started drawing mountains, a river, a nice little house, and even three stick figures. Virat remarked when asked to explain his drawing, “That’s the group of three of us. Yes, that’s a mansion in the hills with a flowing stream.”
Meanwhile, the pair issued a statement, after their daughter’s picture went viral, that read: “Hi guys! We are aware that photographs of our daughter were taken at the stadium yesterday and widely circulated afterward. We’d like to let everyone know that we were taken off guard and had no idea the camera was trained on us. Our position and desire on the subject remain unchanged. For the reasons stated previously, we would really appreciate it if Vamika’s photographs were not clicked or published. Many thanks!”