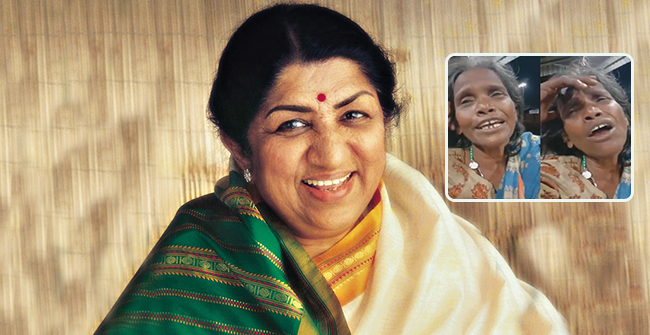 A video from West Bengal is taking the Internet by storm these days. A lady is seen singing Lata Mangeshkar’s romantic melody ‘Ek Pyar Ka Nagma Hai’ at Ranaghat railroad station in West Bengal. The lady’s soulful version has made netizens emotional.

A video of a lady singing at a railroad station in West Bengal is doing the rounds on social media. The lady is seen singing a popular Lata Mangeshkar’s melody. Her heartfelt version has softened the hearts of numerous netizens.

A women working at Ranaghat Railway station in West Bengal

What a voice, felt in love with this voice 😊

The video is said to be shot at Ranaghat station in West Bengal. It demonstrates the lady singing ‘Ek Pyar Ka Nagma Hai’. The melody was sung by Lata Mangeshkar and Mukesh for the Bollywood movie Shor (1972).

The video which was shared on Facebook, and it took no time to turn into a web sensation. It has been seen over 1.7 million times and has been shared around 38000 times. It has accumulated more than 40,000 likes. The video has taken netizens back into the era of the 70s and 80s, but also made numerous users emotional, after watching the video.

Here are some of the heartfelt responses by the netizens:

In a similar even, a Bengaluru man was astounded to find that his taxi driver spoke Sanskrit very fluently. A video of the discussion in the ancient Indian language Sanskrit had turned into a web sensation. The video restored school memories of various netizens. Numerous individuals, who learned the language during school, were happy that they could understand the discussion.