I Worked For 12-13 Hours Daily For My Comeback Show Anupama: Says Rupali Ganguly 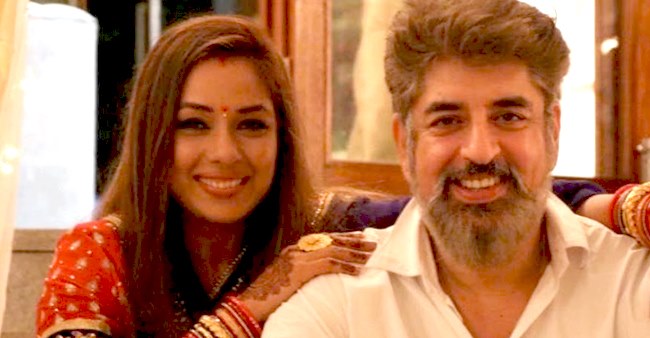 We all are aware of the popular small screen beauty Rupali Ganguly, who is recognized for her characters in renowned TV shows Sarabhai vs Sarabhai and Sanjivani. Now, the news about the actress’s comeback has been doing the rounds all over the web. Yes, the bubbly and talented actress is returning to television after a hiatus.

Happy Birthday …..to the man I waited forever to marry 😁😁 …. to the bestest Bapu ever ❤️❤️ Thank you for being the most fascinating, inspiring and amazing person ever …and thank you for making me a part of your life ❤️ #birthday #husband #loveyou @ashwinkverma ❤️😘

The show through which she is making a comeback is named as Anupama. In a media talk, Rupali Ganguly opened about the show and her comeback. Rupali stated that she signed the new project only because her hubby Ashwin K Verma convinced her to sign on the dotted line.

“I would like to give huge credit to my husband for encouraging me to take up the show. I was quite happily mothering my child, so something had to be that exciting for me to step out of home,” she said. She also disclosed that she was happy as a mother, but Ashwin K Verma decided to take over her duties owing to her new project Anupama.

The 42-year-old actress stated, “When I was offered the show, my husband really pushed me and said, ‘I will take care of our child and the house, you go ahead because this show will give you the chance to prove your worth as an actress.” Rupali and Ashwin tied the nuptial knot in the year 2013 and are parents to a six-year-old son.

In the wake of corona virus spread we have taken a call to wait for the launch of our show #anupamaa In the interest of safety of everyone associated… Till further notice ..be rest assured we will be coming soon to ur TV sets… Till then take good care n be safe JAI MAHAKAAL 🙏🙏🙏 #family from @anupamaa_fanpage @rajan.shahi.543 @sudanshu_pandey @rupaliganguly @muskanbamne @kedaraashish @paras_kalnawat #anupamaa @starplus

In her interview, she disclosed that she worked for 12-13 hours a day for her comeback show Anupama: “My mother-in-law is 87 and it is not easy for a man to run a house when there are several responsibilities. Since it is a TV show, I am shooting for 12 to 13 hours. Staying away from my baby for so long is only possible if I know that my home and my baby are in good hands. I think by taking the whole responsibility, he made me fall in love with him again.”

Helmed by Rajan Shahi, Anupama will air on Star Plus March 16 onwards.